See the Fynbos in Plett

See the Fynbos in Plett 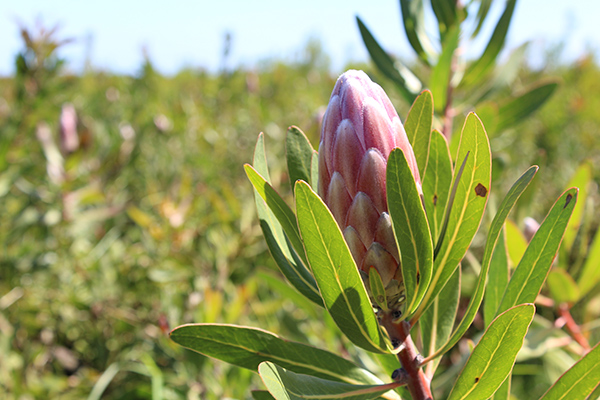 A huge floral attraction of South Africa’s Southern Cape coast is our endemic Fynbos. Fynbos, from the Dutch fynbosch, directly translated as “fine bush” is actually a shrubland found only along a small coastal belt of the Southern Cape coast from the Cape to Port Elizabeth.

This puts Plettenberg Bay in the heart of Fynbos country. Known for its exceptional biodioversity – some 8500 species, nearly 6000 of which are endemic – the Cape Floral Kingdom is the smallest and most diverse of the world’s six floral kingdoms.

Hikers, birdwatchers and walkers along the many trails around Plettenberg Bay will be amazed to find the majestic King Protea growing wild next to the trail. The King Protea might be the largest in the family, but it is by no means the only Protea on this coastline, blooming at different times of the year and adorning the Fynbos region with a beautiful and unusual flower.

Another very popular export of the Fynbos region is Rooibos, also known as “bush tea”.  Brewed as a tea in South Africa for centuries, Rooibos is now available internationally, but efforts to grow Rooibos outside of our Cape coastal region have reportedly failed. 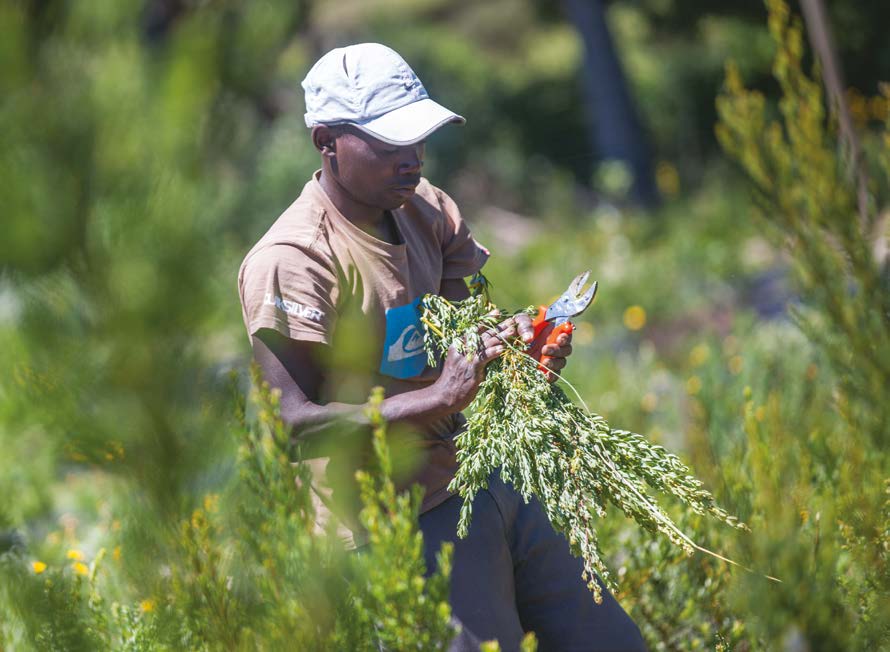 We’re most excited to tell you about a product, grown in Plett and closely related to Rooibos, that is gaining popularity – Honeybush Tea.  Plettenberg Bay has a Honeybush Tea industry that is just 15 years old (much the same as the Plett Winelands) and it is widely accepted that the area from Tsitsikamma to Riversdale is the ideal place to cultivate honeybush – again putting Plettenberg Bay right in the middle of this area. Honeybush is quite similar to Rooibos, although it is sweeter and the plant gets its name from the honey-scented flowers.

Would you like to try Honeybush and visit a Honeybush Tea farm in Plett? In 2000, local community owned, government sponsored Honeybush farm was opened at the Griqua settlement in Kranshoek. The farm is named Ericaville and 84 families from this community benefit from sale of the crops 95% of which are exported to Europe and Asia.

Ericaville farm tours include a brief history and plant classification including medicinal properties and harvesting. Visitors can harvest by hand, chop the tea by hand and drying and flavouring the tea.

As you can see – Fynbos including Proteas, Rooibos and Honeybush is an essential part of the Plett experience. 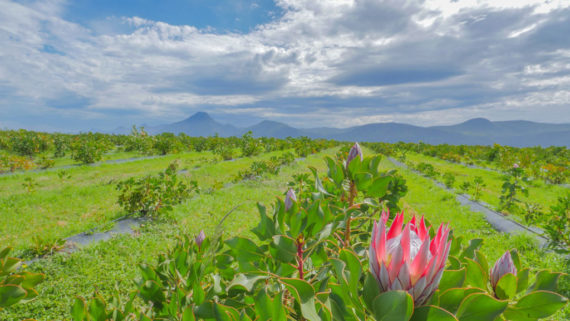 The beauty of Fynbos on the Garden Route

ROMANCE IN THE PLETT WINELANDS AND BEYOND

Valentine's Day is around the corner and romance in the ...
END_OF_DOCUMENT_TOKEN_TO_BE_REPLACED

A SEASON FOR EVERYTHING IN PLETTENBERG BAY IN 2020

For everything there is a season, a time for every activity ...
END_OF_DOCUMENT_TOKEN_TO_BE_REPLACED

10 THINGS TO TRY IN PLETT THIS SUMMER

Whether Plettenberg Bay is your annual holiday destination of choice, ...
END_OF_DOCUMENT_TOKEN_TO_BE_REPLACED